How likely it is that you will need your offsite backups? 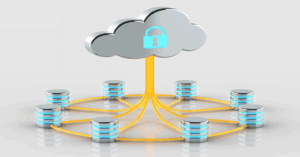 If you have done a risk assessment and think that it is unlikely that you will ever need to use your offsite backups, you could be in for a nasty surprise.

When companies implement the 3-2-1 rule of backup (3 copies of your data on 2 different types of media with 1 copy being stored offsite), it can be tricky to imagine situations where you would actually need the offsite backup. You would have to lose both your normal data and your onsite backups at the same time before you have to restore from the extra backup. Typical scenarios that are used when trying to determine how likely this would be includes:

There are however a number of other scenarios that could result in your onsite backup not being available when you lose data. If this happens and you don’t have an offsite backup, the impact could be huge. There are in fact many cases where a company has had to close down as a direct result of losing their data.

Other scenarios where you will need your offsite backups

These scenarios often involve something going wrong with the onsite backups and it not being picked up until it is too late. In recent months, a number of QSupport’s customers have had to restore their data from their cloud backups and were extremely happy that they had in fact implemented the 3-2-1 rule properly.

Offsite backups are critical, no matter how unlikely you think it is that you will need them

Although all 3 scenarios described above are simple and should have been prevented easily through effective management and notifications, they happened. What should have happened and what actually happened are often very different and wishing things to be different does not make it so. At the end of the day, we rely on people to make things happen, and people make mistakes. It does not matter how automated your system, or how strong your management is.

The 3-2-1 rule of backup has stood the test of time and has been proven time and again to be the only effective way to protect your data through making solid backups.

Quincy is the Technical Manager at QSupport and he has many years of diverse IT experience in both the SME and corporate environments.

5 Steps to backup your laptop with Veeam Availability Suite 9.5